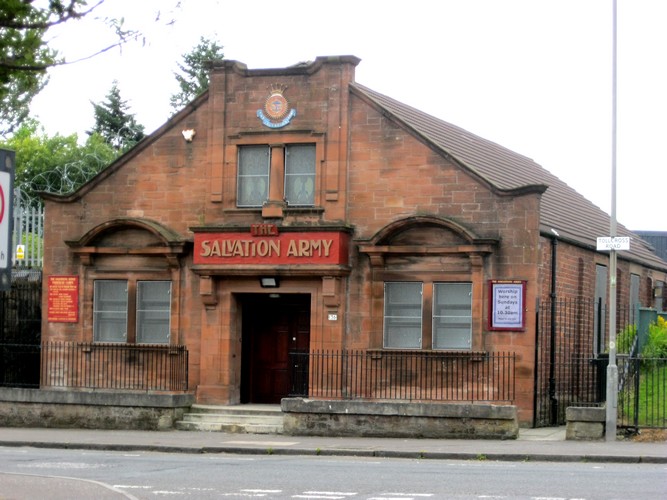 The Salvation Army Parkhead Citadel Corps, No. 59 was opened on Thursday 21 January 1886 by Captain William Palmer (later a Lt. Commissioner) and major Thomas Adams (later Commissioner) when on a tour of the Glasgow District of the Scottish Division.

A report in “The War Cry” of February 1886 (A Tour in The Glasgow District) reported “Parkhead was opened on Thursday 21 January 1886.  The Bridgeton Brass Band came over to help us.  Large bills had been posted, advising the people of our entry.  There were great wonderment and excitement.  There were crowds of people on the line of the march, and on our arrival at the Parkhead Public Hall we were unable to get into the main door, owing to the crush of the people who wanted to get in.  However, we got in by a side door.  The people got in were just the right class – men with black faces and working clothes; women without bonnets, and the majority the working class.  God blessed our efforts.  At the close two souls came to the Cross.

Another report in “The War Cry” of March 13 1886 stated; “A wonderful change has taken place here since our first visist, three weeks ago – being the opening.  God has been d 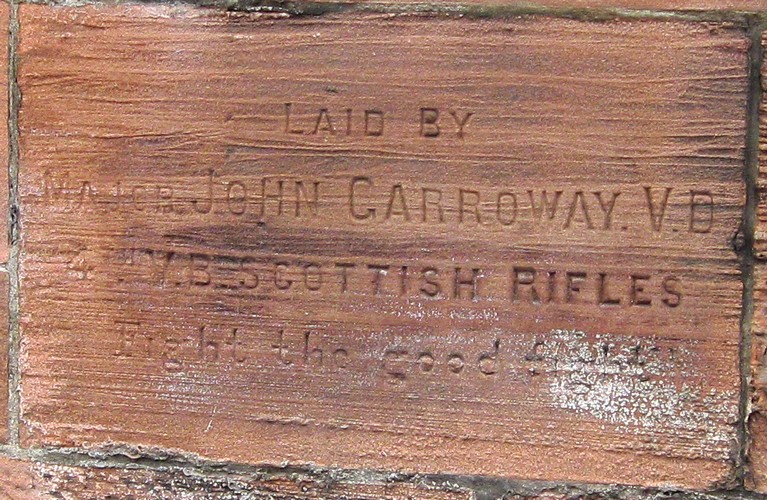 oing great things, and quite a harvest of souls gathered in.  The barracks which hold about 200 was packed to excess, and many unable to get in.

The present day hall was opened in 1908.  Building work commenced in 1907 and three foundation stones were laid on 31 August 1907;

Another has the inscription, Laid by James Templeton Esq. 31 August 1907.  The Foundation of God Standeth Sure.

The third stone has the inscription, Laid by The Provincial Commander on behalf of Scotland Province and the E. Glasgow Division. 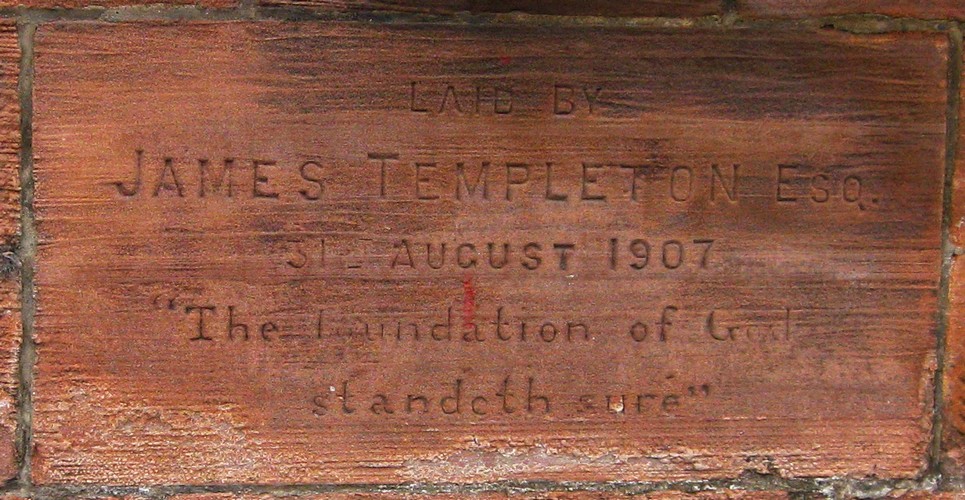 The souvenir programme for the 50th Anniversary Celebrations shows that the celebrations were held over the weekend of Friday 8th November to Sunday 10th November 1935 with a Great Jubilee Banquet being held on the Friday with Lt. Colonel Pennick (Divisional Commander) and Mrs. Pennick presiding.

The hall was closed in 1972 for renovations to the Senior Hall and the building of an extension which was to be the New Young Peoples Hall.

The Dedication and Reopening of the Parkhead Citadel took place on Saturday 17th November 1973 by the Territorial Commander and Mrs. Commissioner John Fewster.

Thanks were expressed to the Local Traders who contributed to the costs of producing the programmes and amongst these local traders was our own Tam McCann’s father George who owned and ran a butchers shop on Tollcross Road.

On Friday 24th January 1986 a centenary dinner was held in Calton & Parkhead Parish Church, Helenvale Street at 7pm. And tickets were £5 each.

A Centenary Reunion Weekend was held on 13th & 14th September 1986 and Leader was Major Jack Izzard.

Television presenter Jeremy Paxman visited the hall in 2005 for the BBC’s Who Do You Think You Are documentary.  The presenter was moved to tears when he was told that his Great Grandmother, Mabel McKay brought up 11children in a slum in Ardenlea Street, Dalmarnock.

Many thanks to Captain Linda Dunlop for her help and hospitality in gathering this information.

The Salvation Army became active in the Parkhead area in the 1880’s, holding their weekday meetings in a shop, and in Parkhead Public Hall at Duke Street on a Sunday.

A site was acquired at 136 Tollcross Road, and following the laying of the foundation stone in1907, the hall opened the following year. The Salvation Army were at the forefront of tackling poverty in the area.

In a 2005 edition of the BBC programme, ‘Who Do You Think You Are’, the political commentator Jeremy Paxman visited the hall whilst tracing his roots, to find out that the Parkhead Corps had aided his great grandmother Mabel Mackay, who lived at Ardenlea Street, Dalmarnock at the time.