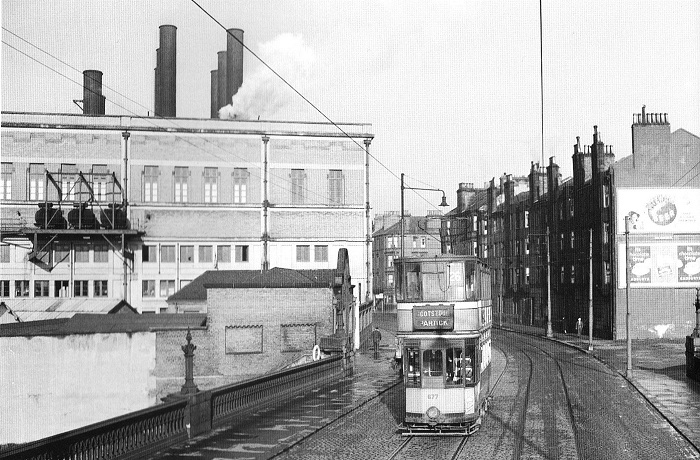 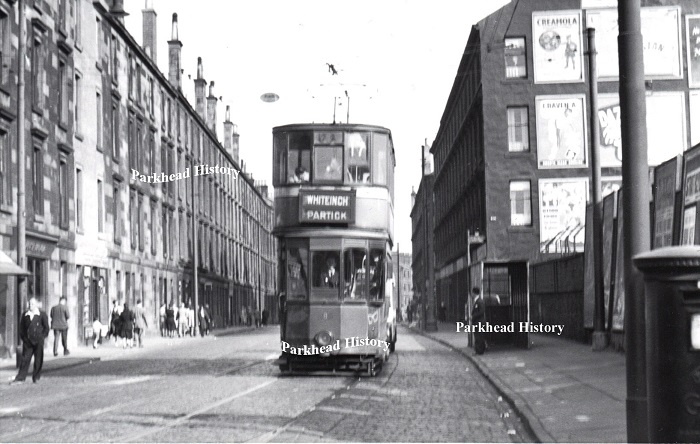 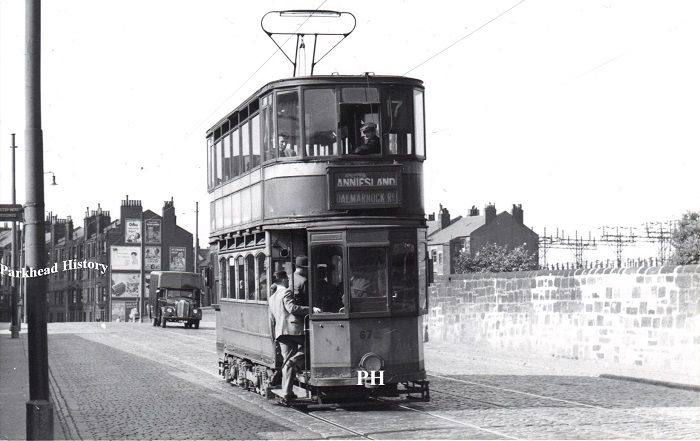 Dalmarnock’s new wonder cinema, the Plaza, Nuneaton Street, was formally opened on Monday night.  Queues lined the street, and streets were at a premium, but those who did get in had difficulty in believing that this was the old Dalmarnock, so great was the transformation which had been made in six weeks.

Earlier in the evening the opening ceremony was performed most graciously by Miss Betty Gratton, daughter of the proprietor, Mr Sam Gratton. Incidentally, in his remarks later, Mr Gratton gave the lie to those wiseacres who think Bridgeton is another Chicago.  “During my thirty five years in the East End,” he said, ”I have been given frequent opportunity of meeting its residents, and I can truthfully say that no people could be so friendly and warm-hearted.  They are the kindest and best people one could ever have the fortune to meet.”

Mr Gratton added the policy of the Plaza would be to give its patrons the best in comfort and the most up to date in cinematic entertainment.  He hoped that everyone in the district would cultivate the Plaza habit.

The amazing transformation which has been made in the Plaza in six weeks is a miracle of organisation.  New seats have been installed, the sound apparatus is of the latest, and everything has been done to ensure the maximum of comfort.

Yet a few hours before the cinema was due to open it did not seem likely that it would happen at all! When a Standard reporter looked in at 2-30 in the afternoon he came to the conclusion that it would need a gang of supermen to get the cinema ready in time.  When he looked back again at      6-30 the difference was such that he just couldn’t believe his eyes.  For this all credit is due to the tradesman, who worked like Trojans all afternoon.

The picture showing from Monday to Wednesday, “Top of the Town,” was singularly appropriate in that it featured as East End lassie, Ella Logan.  On the stage were Alfreda and his Boys, who are performing all this week.  The whole band worked extremely hard towards giving the Plaza a grand start to its career. 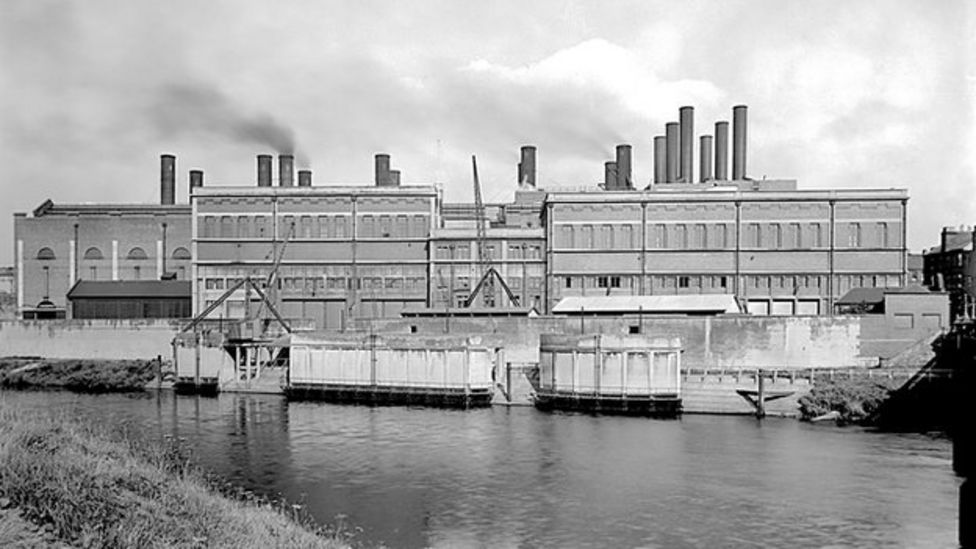 Dalmarnock Power Station was, for decades, a landmark structure whose chimney dominated the skyline of the east end.

It was built in 1915 and expanded on two occasions in 1921 and 1935 to meet the ever-growing demand for power across the city.

It was such a strategic component of the city and national economies that it was targeted by enemy aircraft during the Second World War. The power station suffered only superficial damage, but bombs landed on adjacent tenements with the loss of civilian lives. 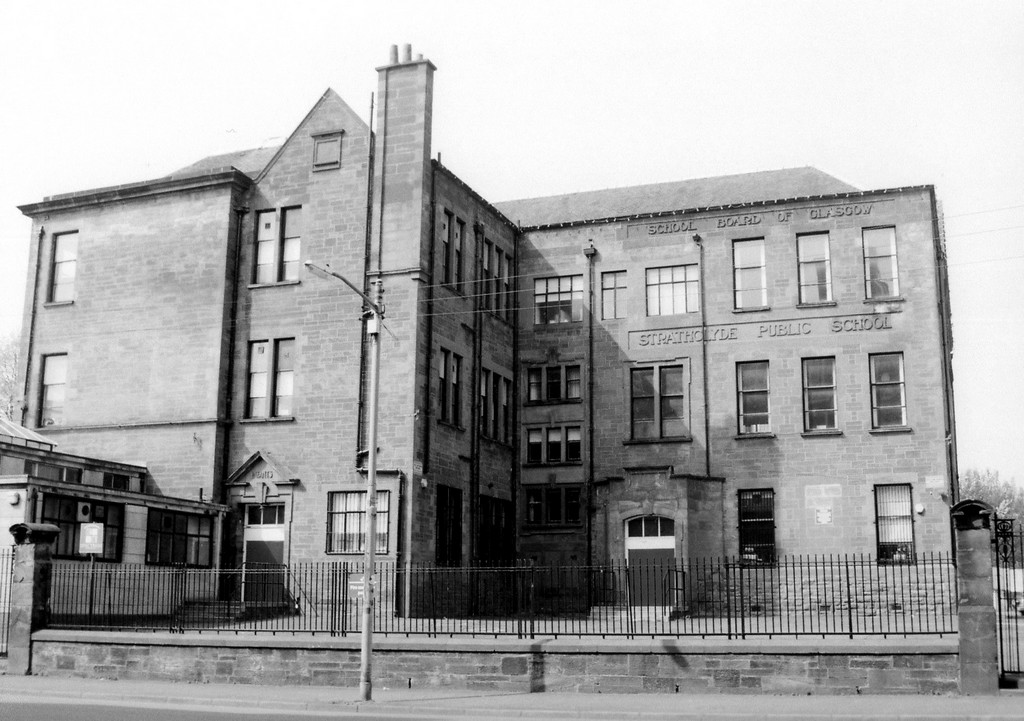 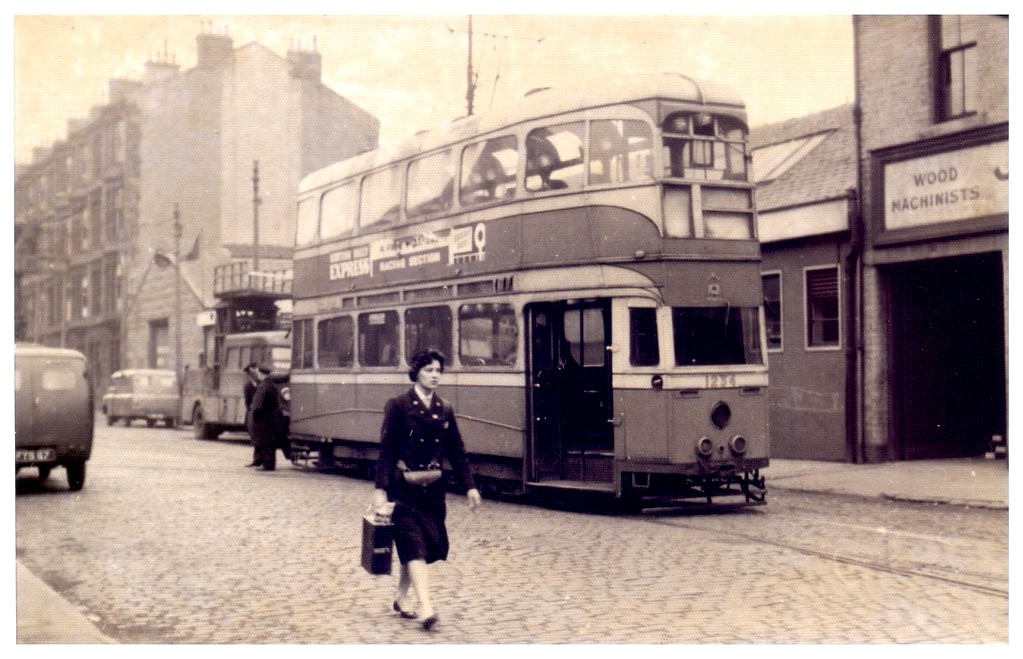 The film captured Dalmarnock on the cusp of change – a bustling, kid-filled community with new tower blocks and maisonettes rising behind the canyons of tenements. It was made by Rev Gordon Strachan, Jim Mackay and Jim Brown of Dalmarnock Parish Church. This version of the film was made possible by Ingrid Shearer from Glasgow Building Preservation Trust