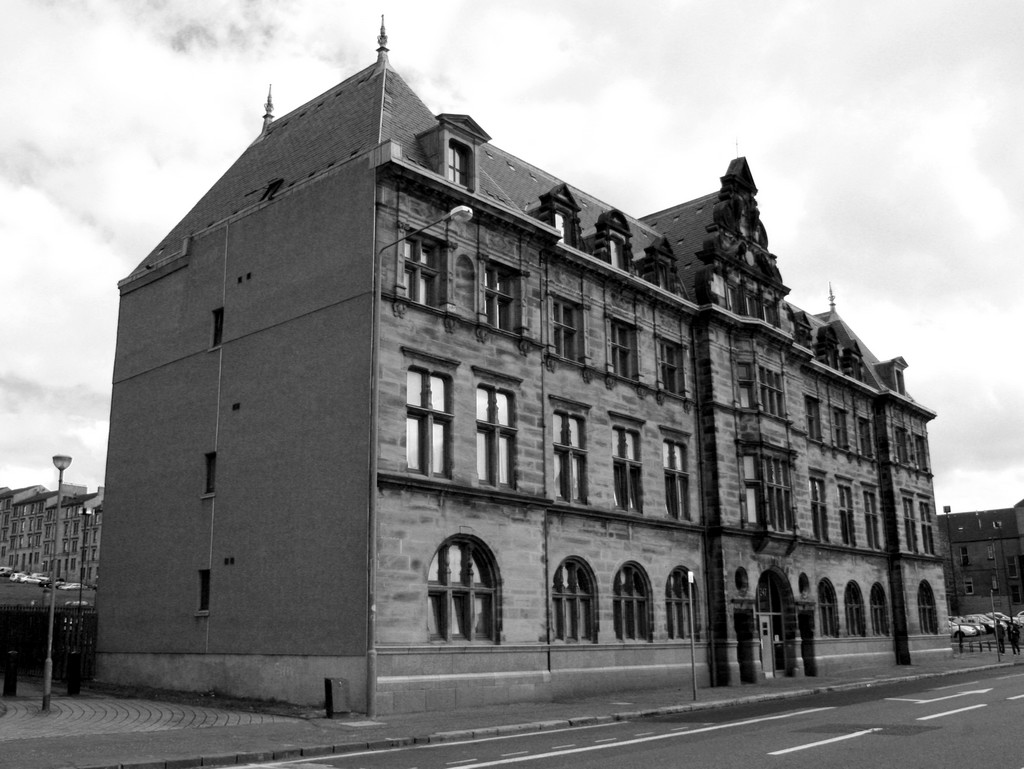 At number 253 Duke Street stands the Eastern District Hospital, also referred to as Duke Street Hospital, opened in 1904 to a design by London based architect Alfred Tiltman on the site of cattle sheds. The hospital had 240 beds when it was opened by Glasgow Parish Council and is believed to have been the first general hospital in Scotland to have psychiatric assessment wards. It was laid out with the administration block fronting on to Duke Street with a central block with wings running off, a similar layout to the Lunatic Asylum which stood on Parliamentary Road. In 1923 a Nurses Home was built and later a maternity unit was added. In 1930 the hospital was taken over by Glasgow Corporation and by 1948 it came under control of the newly formed National Health Service. The 1960s saw a premature baby unit and psychotherapy facility added. In 1977 the maternity unit transferred to Rutherglen and psychiatric services to Parkhead Hospital, with full closure of Duke Street in 1992. The administration block was later converted into flats but due to structural problems it now lies derelict