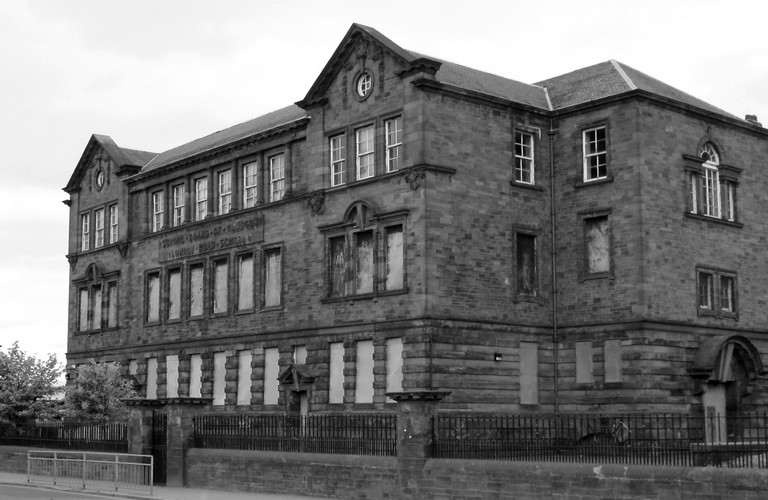 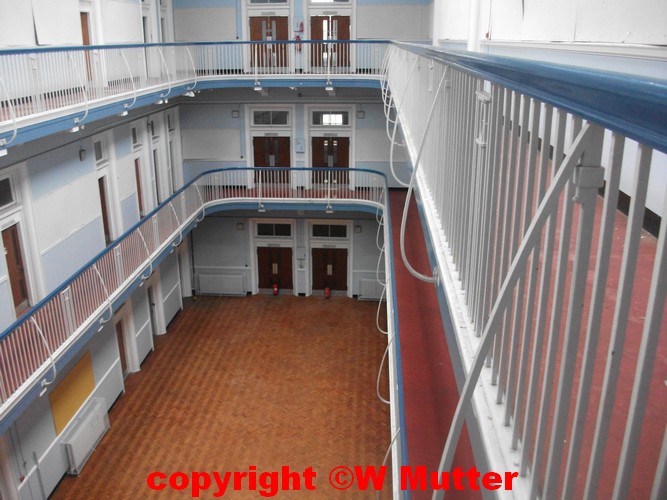 Inside the main hall

School closed on account of visit of Prince and Princes of Wales to Glasgow.

No fresh admissions this week.  Attendance poor on account of whooping cough and visits to Fresh Air Fortnight Homes. 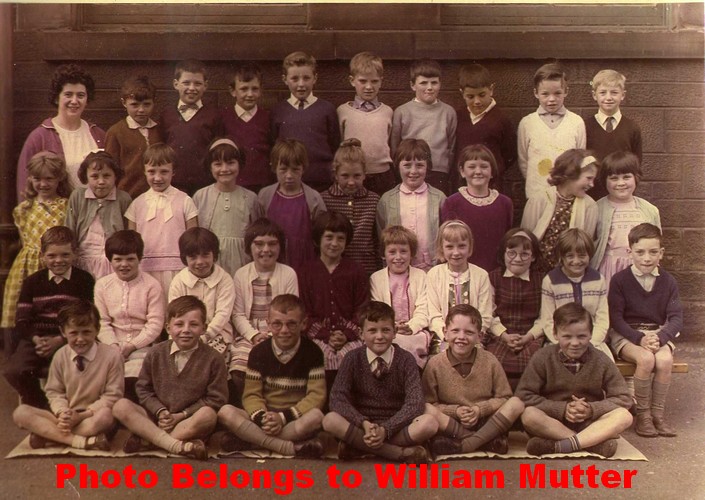 The roll of the primary school now stands at 236.  The cripples who have returned number 44.

By direction of the School Board a class for mentally defective children was opened here today.  Miss Jessie D Hamilton, the teacher appointed to take charge, enters on duty.

Left school, as also did Miss Hamilton, who has charge of the mentally defective children, a little before 2 o’clock in order to attend a meeting of the association for the Care of Defective and Feeble Minded children.

School closes today for the New Year holidays, a week earlier than was intended on account of the prevalence of infectious diseases.

School reopened today, the holidays being extended from the 7th instant on account of the amount of infectious disease prevailing in the city.

Summary of the Inspectors Report to hand, the following is a copy;

A very auspicious start has been made in this excellent new school.  Of the character of the work done it is too early to speak at this stage: it is enough to say that, despite the difficulties inseparable from the organisation of a new school, tone and discipline are excellent, and all the classes are being conducted in a manner that augurs well for the future.

The defective classes are making highly satisfactory progress.  The bodily and mental welfare of the pupils receives every attention, and the results of the instruction are remarkably good.

The Ladies Committee in connection with the Cripple Classes met here today at 3.

The report of her Majesty’s Inspector to hand, the following is a copy;

The school has now been opened for a period of sufficient length to enable the results of a complete year’s work to be judged.  It is gratifying to report that substantial progress has been made.

The Infant Department is carefully taught, and the rate of progress is quite satisfactory.  On the day of inspection 62% of the pupils present were under 7 years of age.

In all the classes of the Junior Division the work is of average merit calling for no detailed criticism.

In the Senior Division, which has been recruited from twenty six different schools, there is great diversity of attainment and capacity.  Discipline, however, is very good; and the work for which the present teachers are responsible is quite satisfactory.

It is noted however, that in both Junior and Senior Divisions many pupils are insufficiently advanced for their years.

Much tact and infinite practice are displayed in the management of the Defective Classes, and careful attention is directed to the needs of the pupils.  The manual side of the work is distinctly successful.

Dr. Wright Thomson, oculist to the School Board, visited the school and tested the eyesight of all the Infants not previously tested and all the boys in the Senior and Junior Divisions where it was found defective by the class teachers.

The physically Defective Scholars of this school were today transferred to Barrowfield School and along with them their teachers, Miss Hunter, Miss Francis, Miss Aitken, Miss Lawson, also Nurse Francis and scullery maid Hamilton.

An exhibition and sale of work done by the mentally defective children took place today at 2 o’clock.

A Supplementary Class for girls was by direction of the School Board formed here today.  They came from the following schools Queen Mary Street (11), Hozier Street (2), Barrowfield (16), John Street (1), Camlachie (8), London Road (2) – in all 40.

The report of Her Majesty’s Inspector was received Monday 15th and the following is a copy;

The Infant Staff, consisting of three teachers for a roll of 206 is to be immediately strengthened by the addition of another teacher.  Earnest and skilful teaching is given in the different classes of the Department and the positive results obtained border on excellence.  Arithmetic, Spelling and Intelligence in class I are particularly praiseworthy.

In the Junior Division, Class 3 made a good appearance in all the subjects tested except mental arithmetic, in which more drill should be given.  In Class 2 most of the work is extremely good, though written arithmetic suffers from weakness in Notation.  The attainments of the pupils in Class 1 are slightly below the average in Oral Composition and Arithmetic.

The lowest class of the Senior Division stands in need of teaching of the most stimulating kind.  The pupils read an unseen passage with accuracy and intelligence; but in general, oral answering is slow and badly distributed, and the elements of written composition have not been mastered.  Very sound teaching is given in Class 2, English, especially spelling, being decidedly good.  An exceptionally favourable opinion was formed of class 1, the pupils of which appeared to much advantage in all the subjects taken.

A supplementary class has recently been formed in the school: the class is in excellent hands, and the work is proceeding on eminently satisfactory lines.

The teaching and conduct of the classes for defective children continue to be all that could be desired.

Throughout the school and particularly in the Junior Division an improvement has been effected in relation of attainment to all.

School entered between Friday afternoon and Saturday morning by some person or persons who forced four desks and two presses.

East End Pupils Back To School At Perth

Pupils of London Road School Bridgeton, and Riddrie School went back to school on Monday- at Perth. Glasgow children are accommodated in two schools, one near the North Inch and the other close to the South Inch.

Reopening of the school had been delayed for nearly a fortnight while registers were completed and medical examinations carried out.