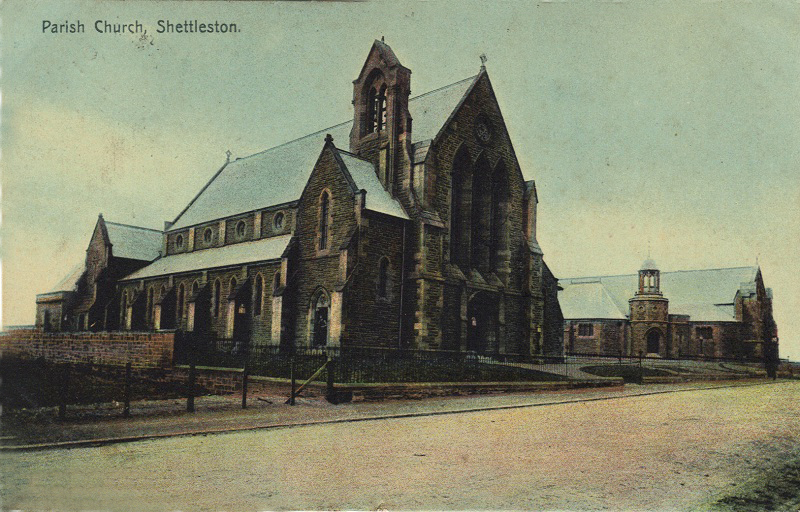 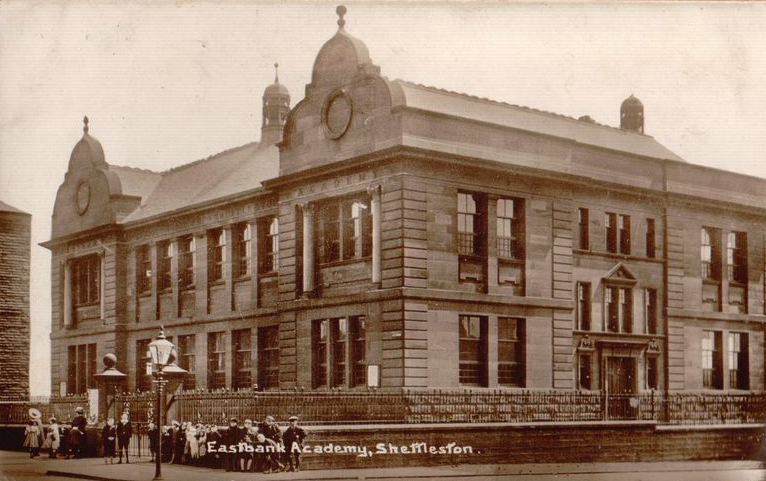 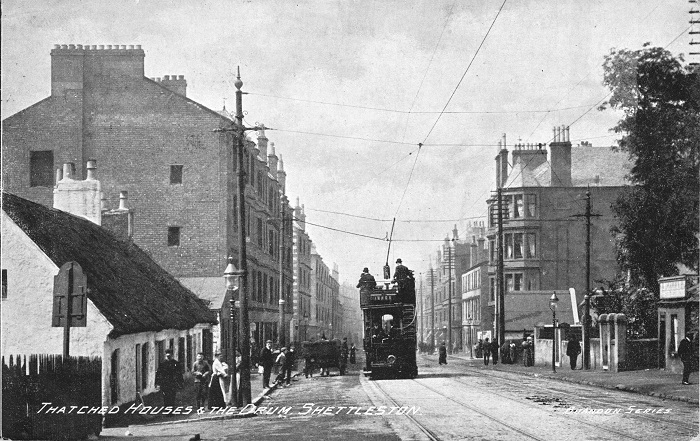 Main Street, Shettleston.  The thatched cottages on the left were known as Dickson’s Row and ran westwards from the corner of the then Springfield Road (now Amulree Street). 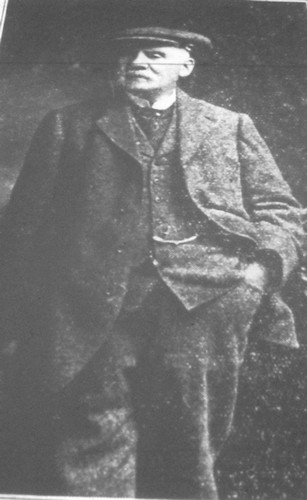 Thomas G. Simpson a well known and genial East Ender may be truly called a Shettlestonian as he was brought to the village some 65 years ago when he was only four years of age.

Shettleston at that time was a small place with nothing but the old type of clachan houses many of which have long since disappeared. There were none of the big tenements that meet the eye on every side. These old houses were mostly inhabited by miners or those working about the pits in some capacity. It was then an easy matter to tell the name of every one old and young, in the village. Simpson after a very short time at the village school went at an early age of ten to work in the pits which occupation he followed till he was 35 years old.

Then he resolved to try something else, so he made a start on a small scale, in the ice cream and confection line. He carried on that business with a fair amount of success for twenty years.

Simpson’s ice cream shop and ice cream used to be a household name in the district.

At the end of twenty years, having grown tired of the ice cream trade, he thought he would like a change, this time making a big venture by building a dwelling-house and billiard room with ten tables. This he has also carried on with considerable success for twenty years. Simpson’s billiard room is considered one of the best equipped in the city.

Being of a somewhat versatile nature, he took part in many things in his younger days, being known in the surrounding district as a comedian and dancer also playing a prominent part in the Auld Shettleston Brass Band.

Simpson also did much to promote the cause of Labour and Socialism in the locality. He looks back with pride to the night that he was appointed first president of the local branch of the Independent labour Party. By some he is called the father of socialism in Shettleston.

He was a man of wide reading with a fine collection of books. A lover of the poets especially Robert Burns

Thomas G. Simpson’s billiard room would have been on what is now Fernan Street. 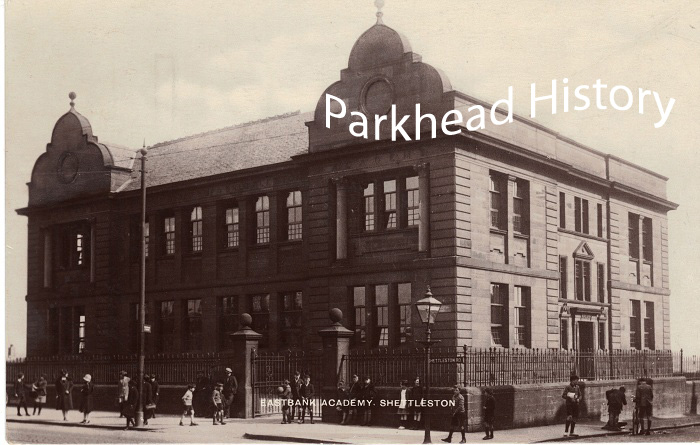 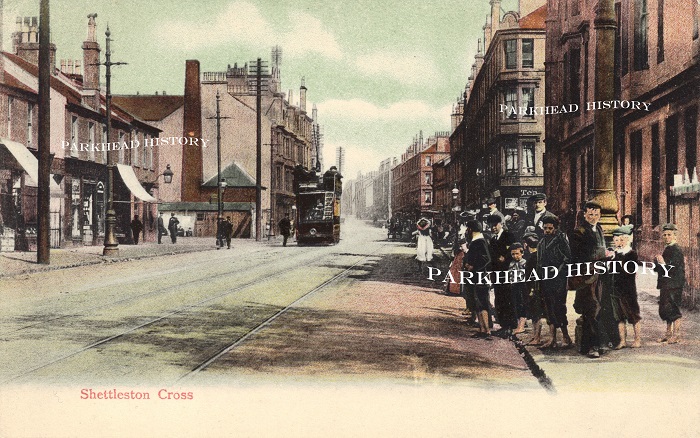 Shettleston Cross.  Note the barefoot children on the right. 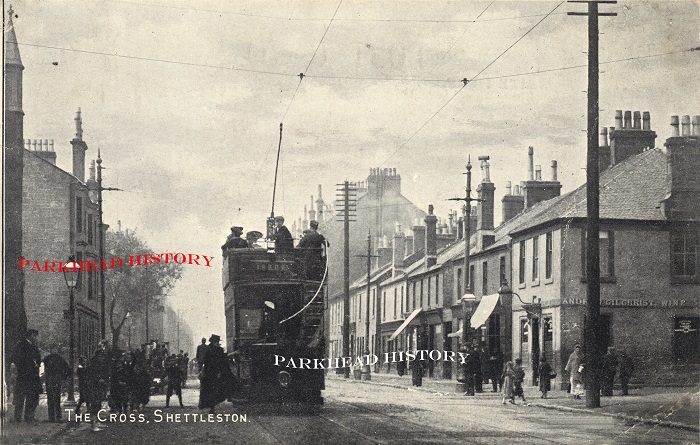 Shettleston Cross.  Andrew Gilchrist Wine & Spirit merchant at the corner on the right. 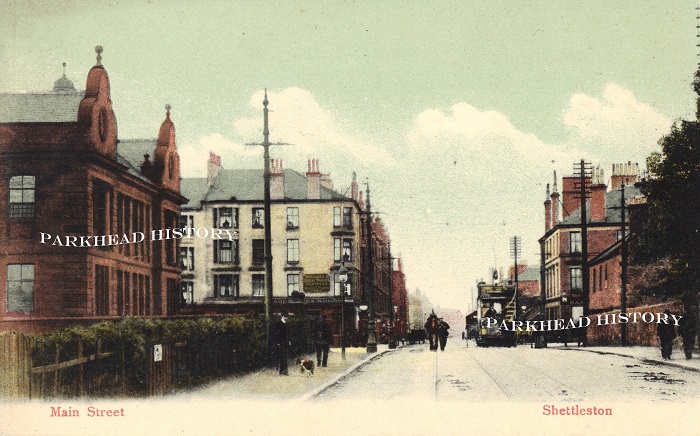 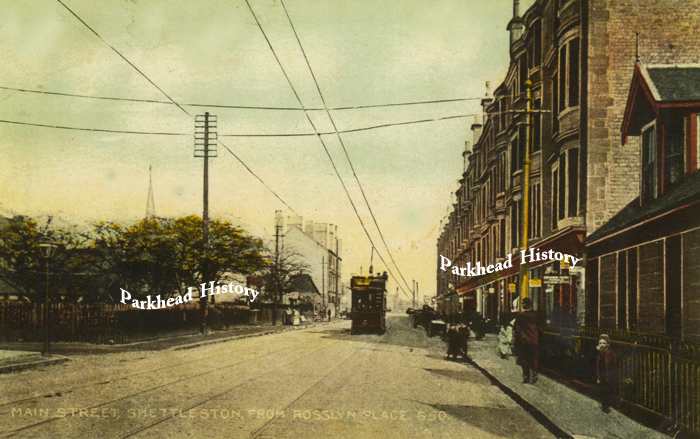 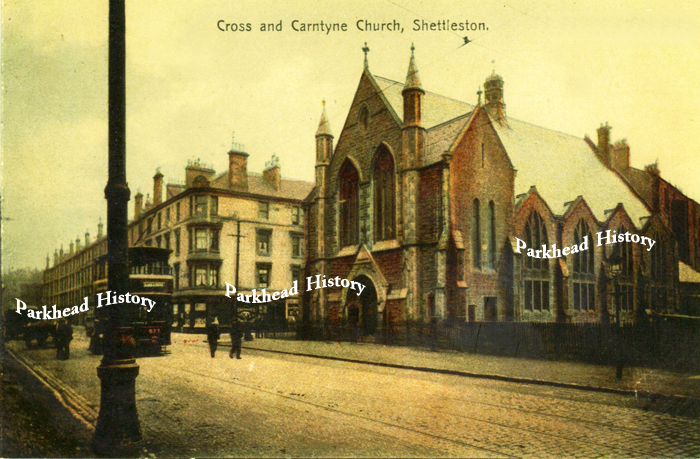 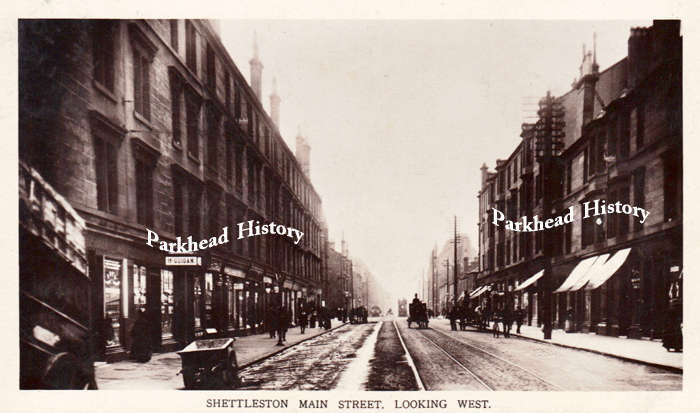 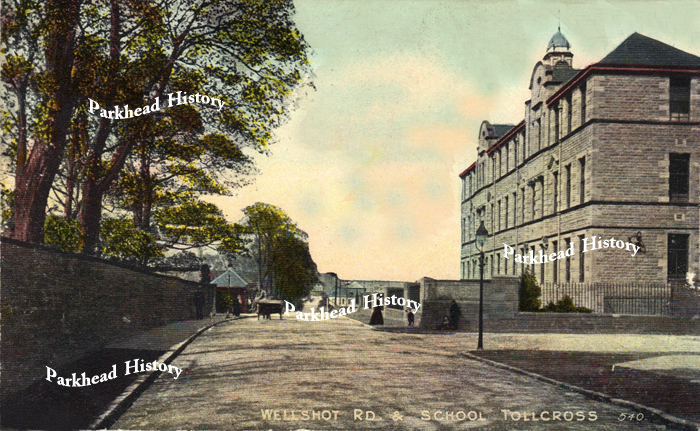