‘While passing some boys waiting to get into the baths my memory took me back to my childhood and the open-air pond in Alexandra Park. This pond was on the site of what is now two bowling greens. It was bounded on the north side by the Monkland Canal and the Blochairn steelworks.

The pond was an oval concrete structure longer than the indoor baths but seldom deeper than five feet at the deep end. A crescent of boxes on one side open to the weather provided stripping accommodation.

In good weather one used the grassy banks which surrounded the pond. Admission was 1d for as long as one liked. The temperature of the water determined the length of one’s stay.

Boys in the neighbourhood made this place a Mecca for the long summer holidays. When the penny was elusive entry over the pailings at the canal bank was easy, and the attendant was blessed with a Nelson’s eye.

The Glasgow police were regulars among the Sunday morning plungers and when one of those big men swam up and down we thought he was training for the Channel.

Mothers must have been delighted that such a place existed. Big brothers and small fry were away until tea-time, taking their chits with them, and they were as safe as boys anywhere.

The water was never chlorinated, and on calm days we had to contend with the soot from Blochairn when we went in. Perhaps that is why it was closed eventually.

Many of my contemporaries will have happy memories of Glasgow’s open-air lido.’ 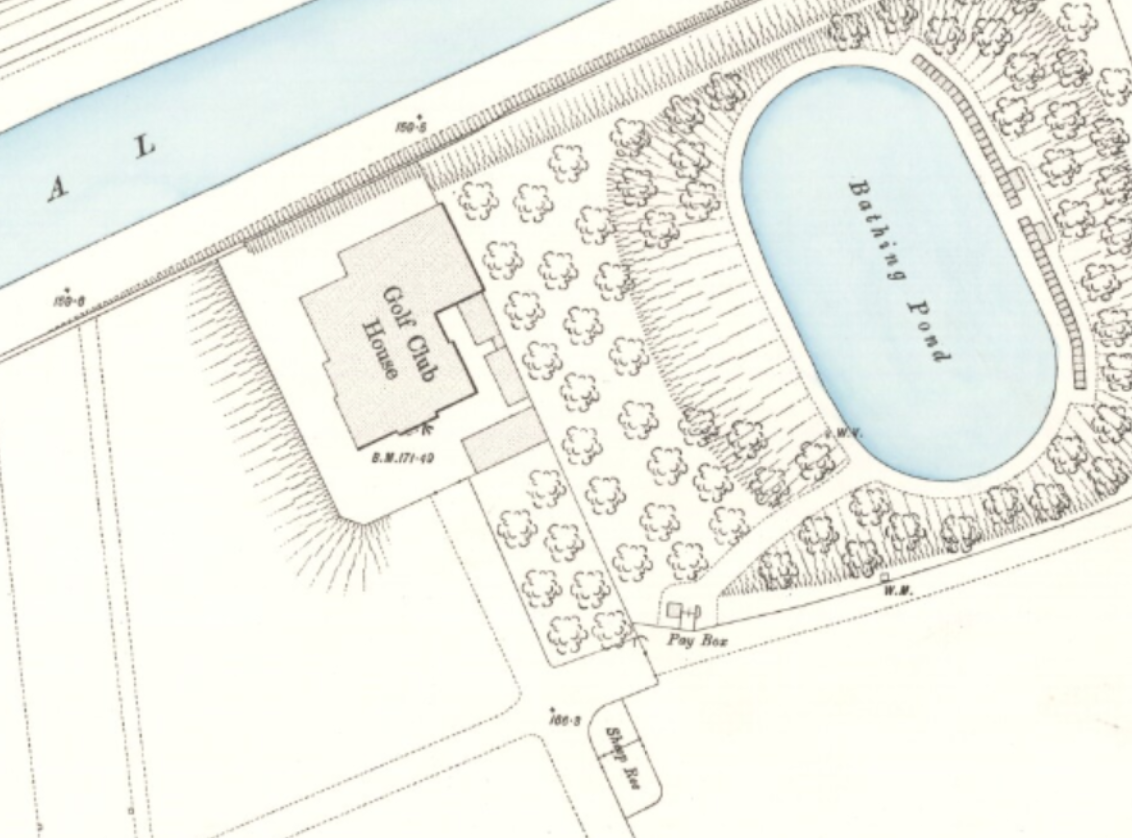