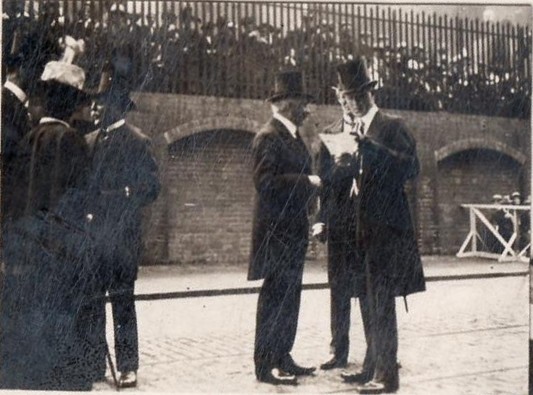 with the Victorian Medal.

In making the presentations His Majesty expressed his appreciation of the arrangements which had been made in connection with his visit to the city.

On their Majesties and Princess Mary alighting they shook hands with the Lord Provost and the Town Clerk. King George was attired in a dark grey morning suit and bowler hat and had a red flower in his buttonhole.

Her Majesty wore a gown of royal blue satin relieved with white, and the Princess was in white.

The royal visitors with their suite in attendance, were conducted up the stairs and over the bridge to the exit in Winston Street where motor cars were in waiting.

Preceded by a motor car with the Lord Provost and the Town Clerk, the royals drove off to Parkhead Forge amid ringing cheers.  The route which they traversed was W 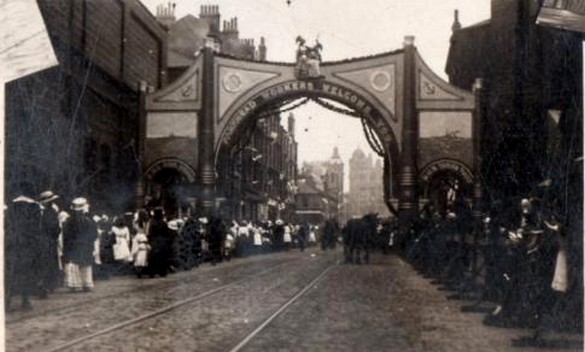 Not only were the streets densely lined with people but every window had its small band of spectators, and the royal progress was marked by a rolling volume of cheering. 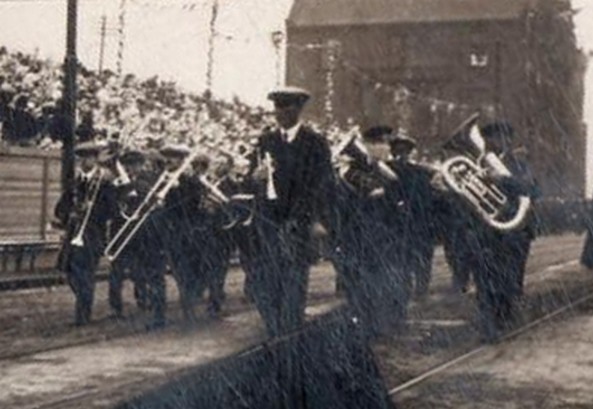 was the visit of the King and Queen and Princess Mary to the armaments factory of Messrs William Beardmore and Company, Parkhead Glasgow.

This factory as is well known, is the only establishment of the kind in Scotland, and as the firm manufacture also at Parkhead armour plate and all kinds of steel necessary in the construction of ships they are able to complete war vessels of all types without sub contracting any of the work of producing materials or equipment.

The party reached The Parkhead works at twenty minutes past eleven and visited first the 500 ton hydraulic press  where they witnessed the forging of the A tube of a 15in gun . They then proceeded to the gun treating shop, were they saw a similar tube being hardened in oil, then to the gun machine shops where they inspected the construction 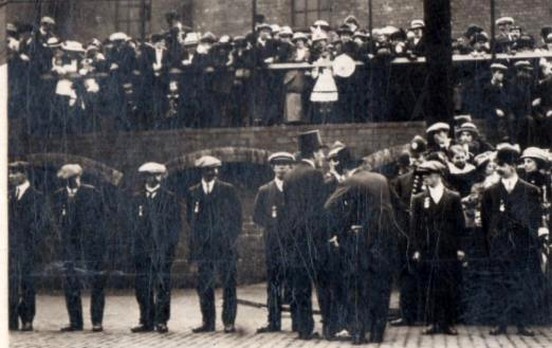 of 15in and 16in guns together with their breach mechanism.

The tour of the works concluded with an inspection by their Majesties of the large steel castings which are being manufactured for airships. The party left the works by the Wellington Street gate a little after noon.

Girl On The Crane

The prettiest incident of the day, however took place just before the party left the works. A halt was called and from the far away end of the machine shop there came an 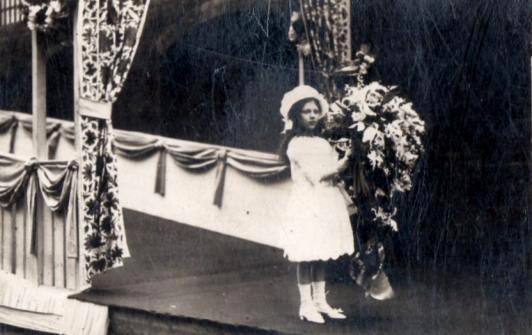 overhead travelling crane, carrying a little girl and a beautiful bouquet  of large cattleyas fern, mingled with lily of the valley and asparagus fern, tied with broad grey satin ribbon looped at the foot, and bearing on one end of the ribbon the inscription, To Her Majesty Queen Mary .

A humble offering from the workmen at Parkhead, and on the other end beneath a small horseshoe of white heather the date (9th July 1914.

As the carriage suspended by the crane drew near the spectators cheered heartily, while their Majesties obviously very much pleased, waited in the line of the crane. Within a few yards of The Queen the crane was stopped, the little girl was lowered to the ground and stepping off she curtseyed gracefully and presented the bouquet to the Queen, at the same time saying. If you please ma’am, all the workers at Parkhead ask you to accept this bouquet with their love and thanks for your visit. 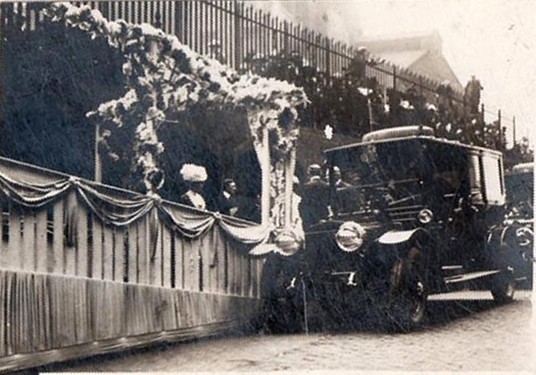 The Queen having accepted the bouquet ,said Thank you so much and then concerned with the girl for a moment asking her ,among other things how did she like being up on the crane? The girl who was dressed in white with a pale blue sash was Annie Dunlop, Eight years of age, Her father is a timekeeper in the works, and it may be interesting to add that her grandfather and great grandfather were also employees of Messrs Beardmore, her great grandfather having been one of the firms original workers 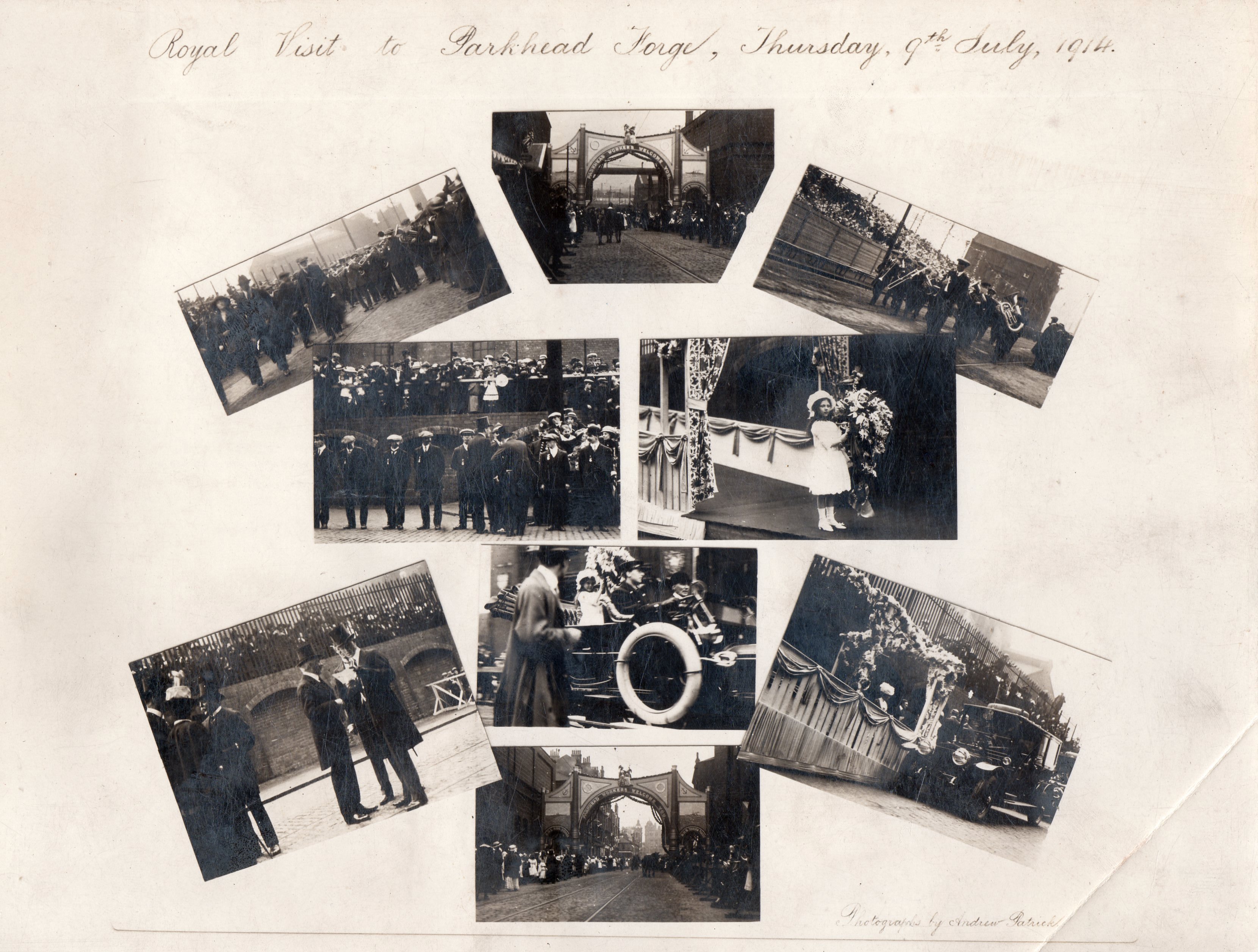 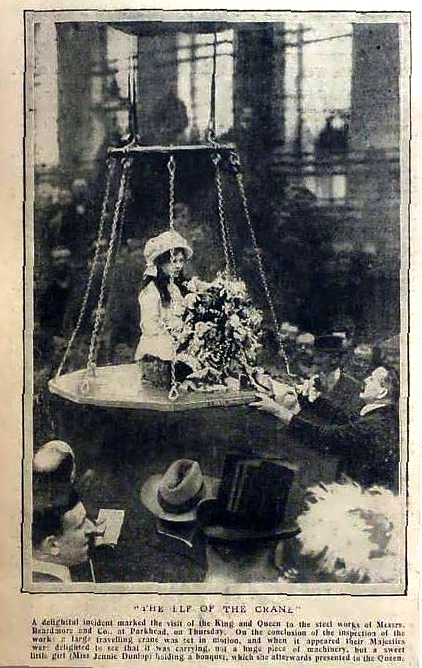 This article was sent in by Donna Robertson

Taken from the Daily Record 1914 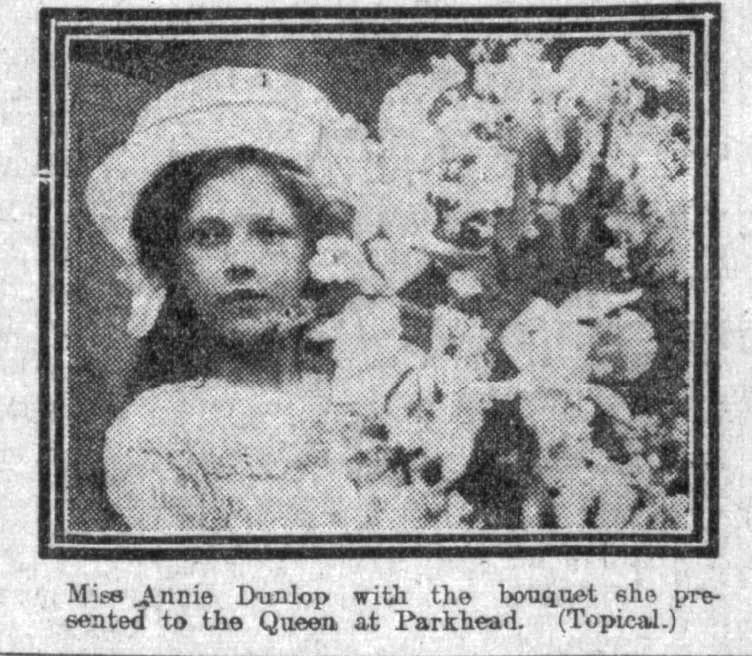 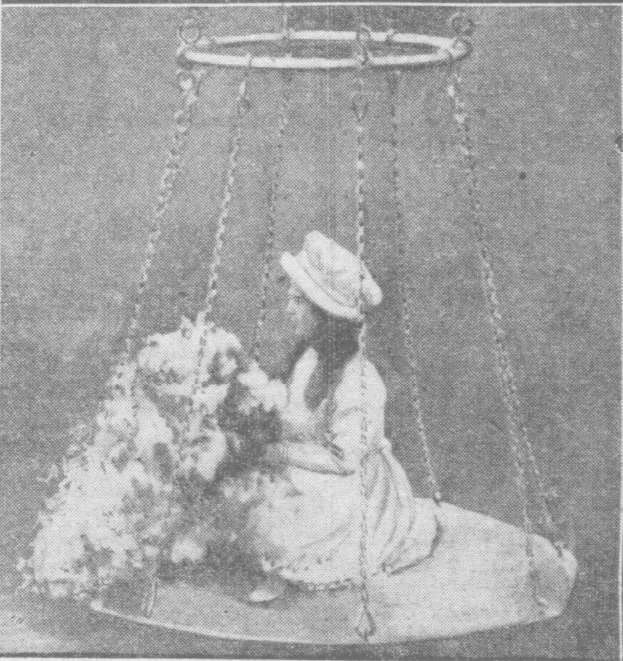 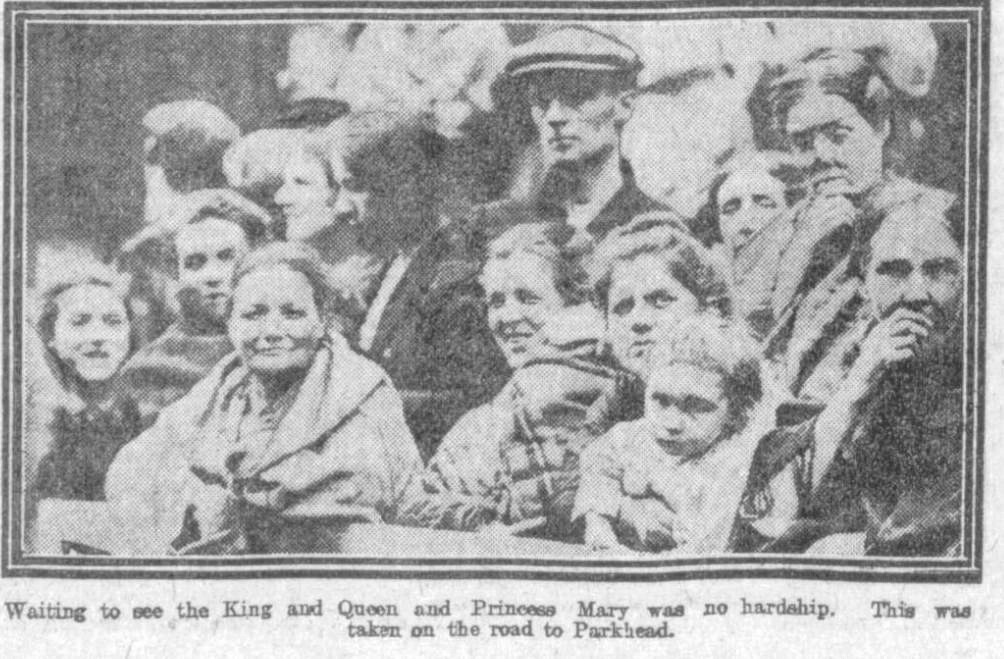 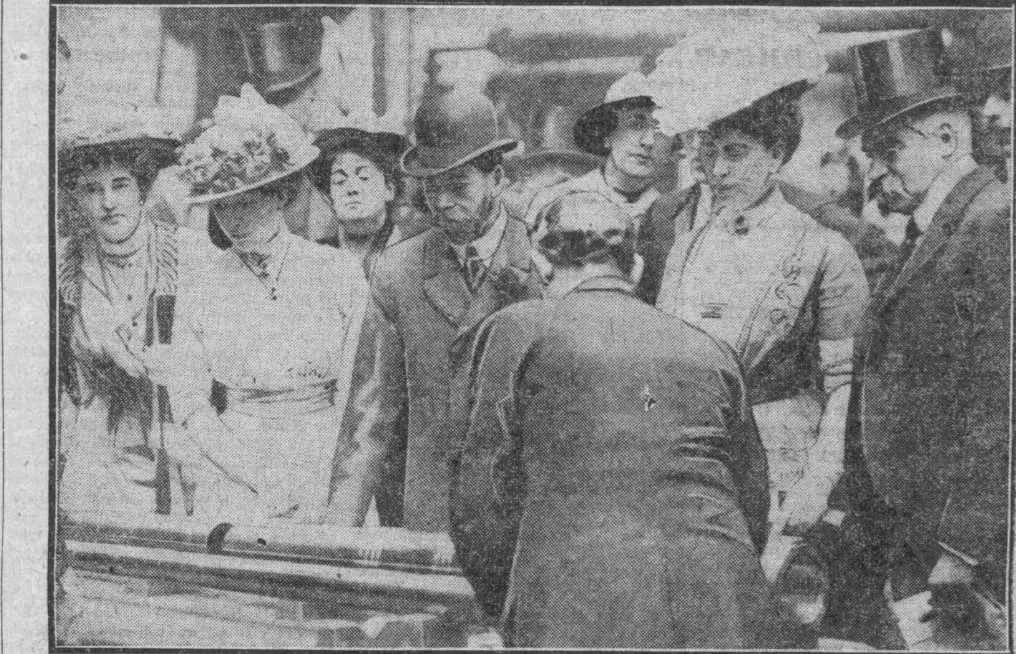