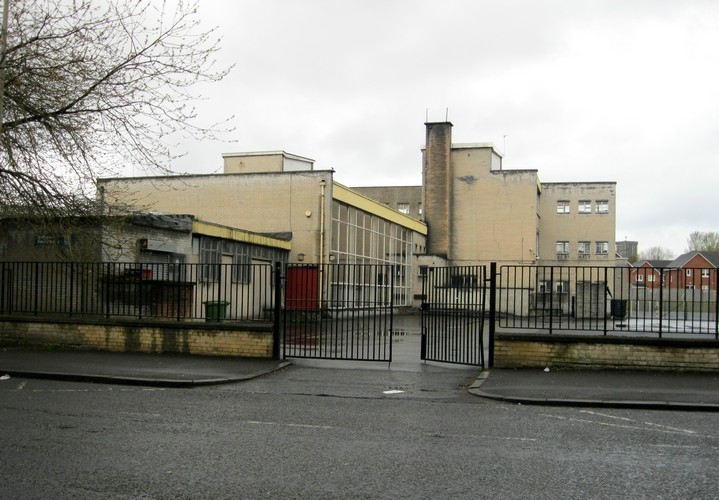 There are no log book records available for the school.

The school first appears in the Glasgow Directories in 1901-1902 and was located in Nisbet Street, Parkhead.  The school was transferred to the Education Authority in 1918 and the following records show the progression through the years.

In 1933 the school is shown as having an annexe in Elba Lane which was on the south side of the Gallowgate approximately where the present St. Michael’s Church stands.

Further information, as and when obtained will be posted.

Some exhausted Parkhead folk, going away on holiday this week-end, intend when they return to use some of their new energy to secure a much needed school for the young Catholic children of the district.

They will need every ounce of that energy, as the Standard has been informed that one of  the persons in intimate touch with the negotiations has stated that it will be about eight years before the school is built if the progress continues to be as slow as at present!

If this statement is true, it seems as if the Corporation and Education authorities are playing a double game with the St Michael’s people, as it is eight years ago since a promise was made to provide a fine modern school for the district.  An ironic touch is that at that date the Education Committee secured a three-years lease of ground belonging to St. Michael’s and erected a “temporary” school upon it!

Parents of the scholars are anxious at the position in which they find themselves, some having to see their children to three different schools.  The infants they take to the “ temporary” school in Elba Lane, Gallowgate, then the slightly older ones are convoyed to the Nisbet Street School, and those past the qualifying stage attend the advanced school of St. Mark’s.

Even the parishioners who have no children at school are affected, as they wish to build a new church but are prevented as the school occupies part of the ground that would be required.

It is generally admitted that the need for a new church is very great, as the present building is not in very good repair.  This is particularly noticeable on the roof and floor.  On three occasions recently the roof has had to be repaired.  The building itself holds 400, with some judicious seating, and is hopelessly inadequate for the number attending the various services.

The situation has its silver lining,as the Standard is informed that actually plans for the school and church are prepared.  All that is needed is something to accelerate the slow movements of officialdom.  The prospective school is to accommodate about 1000 scholars while the church will have seating for 1400 worshippers.

Another name adds itself to the list of headmasters of the old brigade, who have retired from active service, Mr John Donaghy, headmaster of St Michaels Catholic School Parkhead, was the guest of honour at a social gathering held in the Grosvenor Restaurant last week at which he received a presentation from the teaching staff.

The chair was occupied by the Rev, Dr Laydon who paid adequate testimony to the character and merits of the retiring headmaster. He spoke deeply and truly of Mr. Donaghy’s work as he saw it during seven years of friendship. In a reminiscent not he remarked that when Mr Donaghy’s predecessor, Miss Flanagan, a gem of a woman and an exemplary headmistress for many years retired he wondered where a worthy successor could be found.

He was thankful that an eminent and worthy successor followed who kept up the traditions in a way that reflected the greatest credit on a catholic teacher.

Mr. Donaghy was neither a 9 to 4 man nor a Friday afternoon man but worked conscientiously throughout the week and over the weekend, attending to the educational and spiritual needs of the children of the parish.

Miss Fisher the first assistant, made the presentation on behalf of the staff. She endorsed all that Dr Laydon had said. Mr.Donaghys second love was music, and she therefore asked him to accept the bound volumes of music and an inlaid music cabinet with the best wishes of all present.

Mr Doneghy, who was at one time a popular figure on the concert platform under the name Foley Banks, recalled his young days as a teacher  his days at St John’s and later in London when the teacher’s lot consisted of hard work and low earnings.

Those were the days of struggle and study, with the responsibility of large classes and hard rigid yearly examinations. It was a Spartan pruning that brought forth abundant fruit.

Rev, Fr, Daniel, of St Michael’s himself the son of another headmaster of the old brigade, testified to the worthy and efficient of Mr. Doneghy . Then Mr.William Cudahy, F.E.I S, a lifelong friend of Mr. Doneghy, contributed his eloquent tribute to a loyal, honorable man.

Miss Henretty, the infant mistress proposed a vote of thanks to the chairman, Rev. Dr. Laydon, and referred to his deep personal interest in the teachers, the school, and everything concerned with education in the parish. The teachers found in him a real friend, in whose understanding they could confide, and whose opinion they always valued for it justice and sincerity. 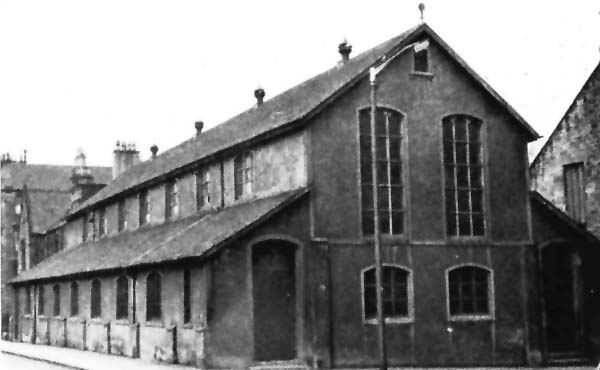