The Dugs at Parkhead 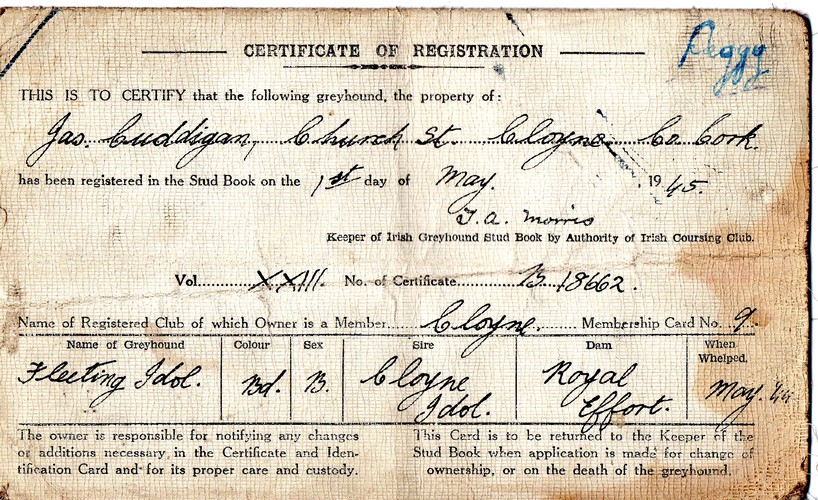 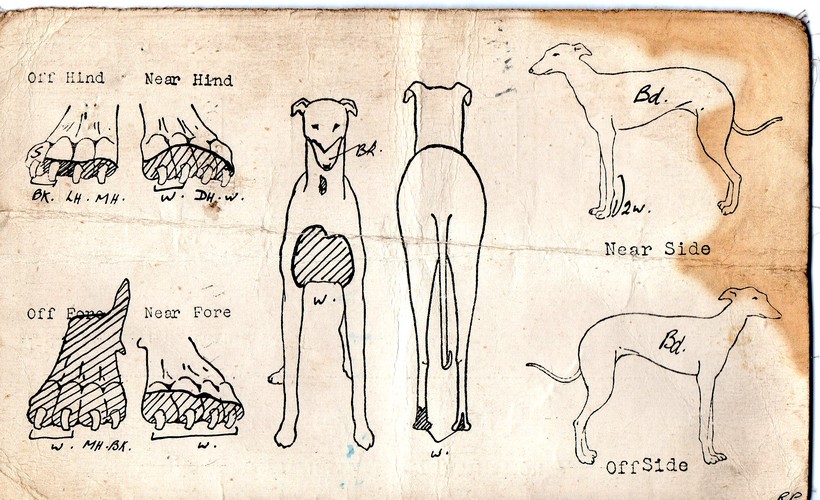 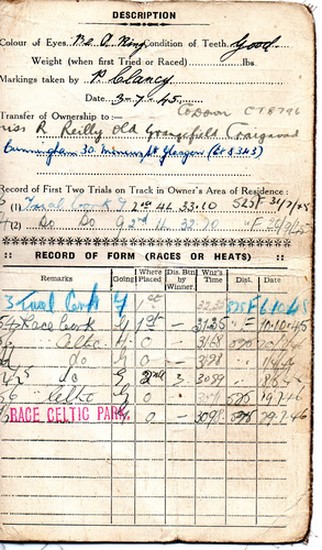 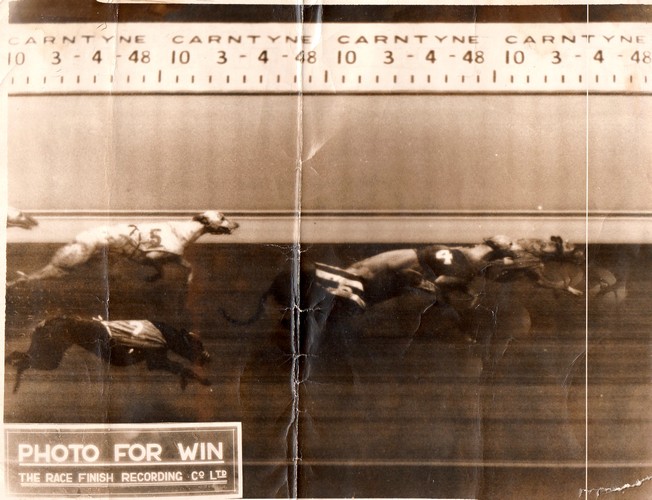 This photo shows Fleeting Idol winning at Cartyne in 1948 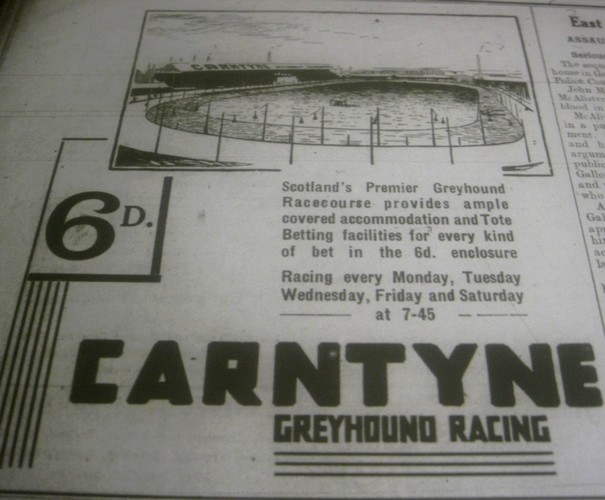 Carntyne Dog Track : Opened in October 1927, principally as a greyhound race track, it was in its history to be used for many other sports and pastimes. It was laid out on the site of a farm and former flapping track, it became the venue for the prestigious Scottish Greyhound Derby, and continued dog racing until May 1972. On 6th August 1928 around 35,000 fans watched  a boxing match at Carntyne between Tommy Milligan and Frank Moody. Many greyhound stadiums also accommodated speedway events and Carntyne was no exception, with meetings commencing in 1928. Between 1960 and 1962 Bridgeton Waverley football team played their home fixtures at the stadium. In the early 1960’s bold efforts were made at Carntyne to generate revenue by a variety of means. In October 1962 a casino was opened within the stadium and six months later the ‘Grandstand Bar’ was added. To lure customers Greenshield Stamps were on offer in May 1963, whilst a golf driving range was also tried that summer with 40 balls for 2/6d. Sadly almost nothing remains, with only the remnants of the Duke Street turnstiles still extant.