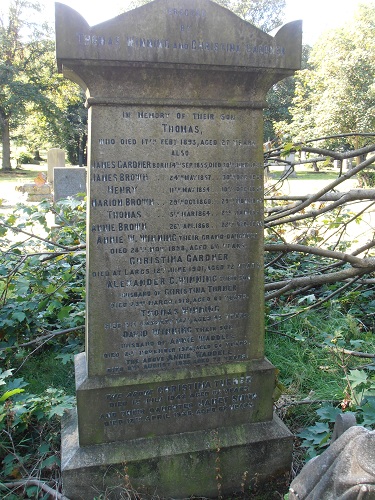 In memory of their son

The above Annie Waddell

The above Christina Turner

And their daughter Janet Smith

Thomas Winning was born21 April 1824 in Westmuir, the 9th child of 13 to Henry Winning & Isobel Wotherspoon.

Thomas married Christina Gardner on 2 October 1853 and they went on to have 9 children.  Thomas and Christina lived in Great Eastern Road and later Duke Street.

Thomas worked as a Wright, Pattern Maker, Mechanical Engineer.  Thomas was a partner in Winning, Mellis & Company Limited, Millwrights, Engineers and Iron Founders, Mountblue Works, Camlachie.  The Company was wound up after Thomas’ death and went into liquidation in September 1924. 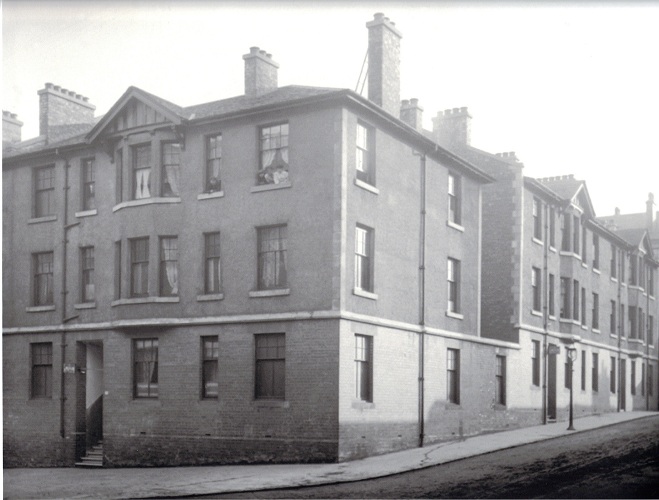