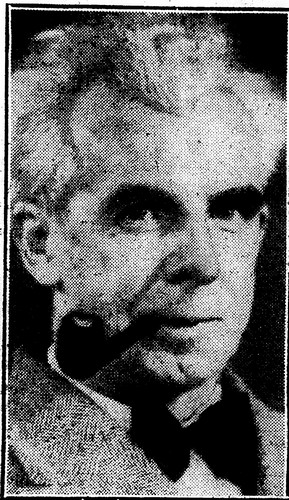 As an East Ender, I welcome the opportunity of writing an au revoir message to my friends of the “Eastern Standard”.  It is almost thirty five years since I was a night school pupil at Wellshot Academy, under the guidance of Mr Baird, now retired in Perthshire.  I walked from Baillieston to Shettleston and back three nights a week so that I could attend the classes , and worked in the pits the next day. I had many friends in Shettleston, Tollcross and Parkhead in those days, and have retained most of them.

My father and mother received their education in Eastmuir, so that our association with the district goes back almost a hundred years. From Wellshot Academy night school to the Lord Provost’s Room in Glasgow is a long journey, and it is not everyone who has the luck to make it.  I have been more fortunate than other individuals and regard it as a privilege to have been allowed to serve the City in various capacities.

There have been many changes in the East End since I entered the Town Council twenty eight years ago. Most of them are for the benefit of the people.  The changes are more numerous and comprehensive than we thought possible in the days when the late John Wheatley was planning a new Jerusalem in Glasgow.  He was the biggest Municipal statesman of his time, beside whom many of the so called great civic legislators would not appear to be of even average stature.

George Mitchell, John Cronin, James Alston, and John Wheatley were the East Enders who infused new ideas into civic policy.  They created the civic sense and prepared the way for housing and other reforms.  Wheatley was the ablest of all housing planners.  He thought big, and was not tied to abstract theories in carrying out his schemes.  He was the first advocate of interest free housing, but when he found this impossible he went ahead with other projects.  I am happy to have helped under his leadership in the building of 60,000 houses and thereby provided decent accommodation for 240,000 members of the working class.

Let us hope the members of the Corporation, when the war is over, and if possible during its progress, will get on with housing and take advantage of all who can help in the building of new homes for the people.  It will not be easy to accommodate service men when they return with theories.  They will come back conscious they have been fighting for their country and properly demand their inheritance.

Although I am no longer Lord Provost, I shall continue like the rest of you to belong to Glasgow and to claim that Glasgow belongs to me.